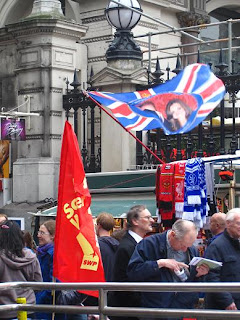 Jenny, Will and I became honorary postal workers for the day and hitched a ride to London on the CWU coach.  Well, it is March, after all.


One of these flags was part of the demonstration and one was on a souvenir stand. They made a intriguing combination. 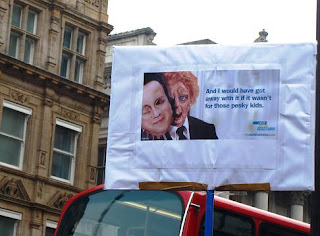 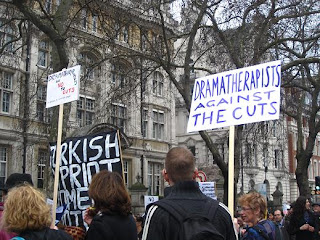 I'm going to post a selection of my favourite banners, placards and scenes. Our honorary union for the duration. 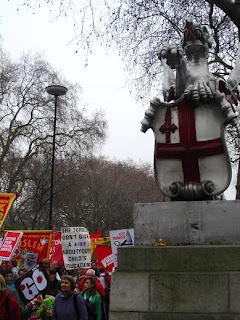 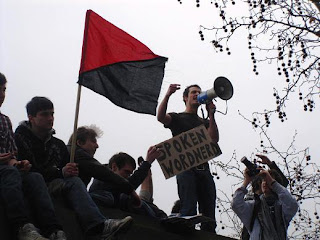 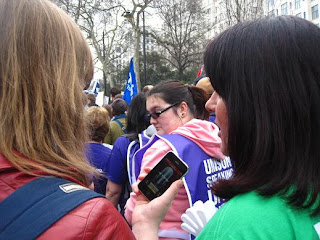 Jenny interviewing a nurse from Cornwall for Student Radio.


A woman alongside me at one point asked about my Keep Elmfield Open badge, and it turned out that she was partially deaf and from Bristol, and we had many mutual acquaintances.  She spoke very eloquently and passionately to Jenny about the effect of the cuts on the Deaf community and disabled people as a whole. 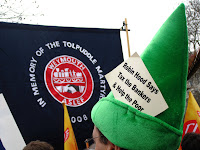 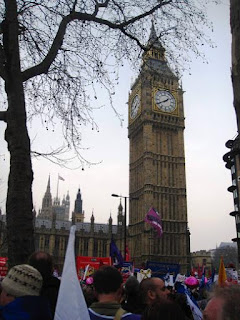 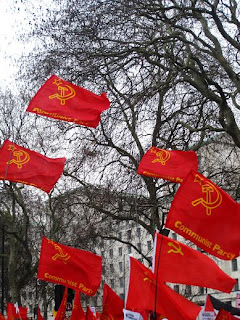 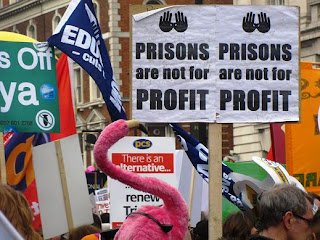 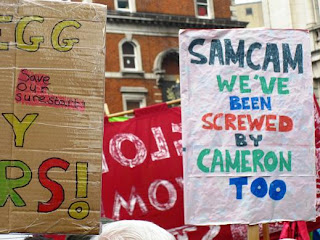 This implies that somebody somewhere once had expectations ... 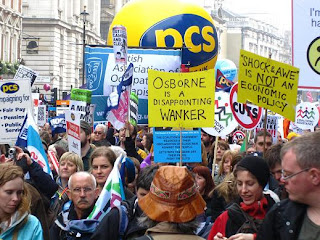 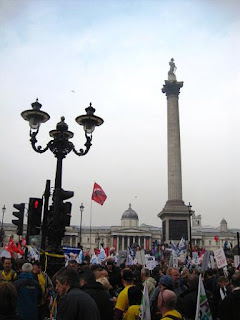 Although we saw a series of police vans scream past as we were leaving Hyde Park, we didn't witness any of the trouble in Oxford Street and Piccadilly.  Hopefully the violence perpetrated by a very small minority won't detract too much from the message of 250,000 people peaceably marching together to draw attention to the threat facing this country's jobs and services.

Posted by Deborah Harvey Poetry at 23:23