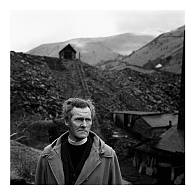 Day 19: a poem that you would like to read at your wedding

Hmm.  Not ever doing that again.  But in a parallel universe – one in which I can tell a good man from a bad one – it would be 'A Marriage' by R S Thomas.

Day 20: A poem you want read at your funeral

Shortly after his death in 1998, I watched a programme about Ted Hughes in which Seamus Heaney read Hughes' poem 'The Day He Died', originally written about his father-in-law, the farmer Jack Orchard.  It was one of the most moving things I've ever heard, as Heaney struggled with grief for his friend.  But I am hardly a guardian of the land and I doubt Seamus will be able to squeeze my send-off into his busy schedule.  So given that I hope it will be a little longer before I shuffle off, I've chosen Carol Ann Duffy's lovely poem, 'Premonitions', written for her mother but also dedicated to the wonderful  U A Fanthorpe. 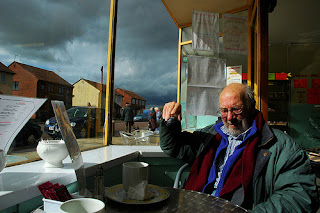 Can't post the poem, or link thereto, for fear of compromising it, but this is the John Terry and his poem 'Laying the Capstone of St Mary Redcliffe' is something I'd never tire of hearing. My favourite part is right at the end when the Mayor's wife, whose name is lost to history, spreads her arms to the wind and rain, 300 feet above Bristol. As the poet spreads his arms, I'm up there also.


Posted by Deborah Harvey Poetry at 10:26